Kristina (Kiki) Infante-Smith teaches Performing Arts & English at HArts Academy of Los Angeles. Ms. Infante-Smith was born in Harbor City in 1979. She received a Bachelor’s Degree in English (with an emphasis on American Literature) from the University of California, Los Angeles in 2001 with a minor in Education, and a Secondary Teaching Credential from California State Dominguez Hills in 2004. During college, she worked for UCLA as an assistant pre-school teacher & as an English tutor. After one year as a substitute teacher for LAUSD, Ms. Infante-Smith returned as a full-time teacher to her alma mater, Narbonne High School (NHS). During her 10 years at NHS, she co-developed the Visual & Performing Arts Small Learning Community, which eventually became HArts Academy.

In 2011, Ms. Infante-Smith joined a group of ten teachers at NHS to begin exploring the pilot school movement. For two years, this group met weekly to develop & write the proposal to LAUSD for the creation of HArts Academy. All of these educators volunteered their time during this process because of their shared belief in the power & importance of providing quality arts education in public schools & personalizing instruction. The proposal was approved & HArts Academy opened in Fall 2013. Ms. Infante-Smith currently serves as a member of the HArts Instructional Leadership Team & as Secretary of the Governing School Council in addition to teaching 5 different classes & co-directing the performance season.

Ms. Infante-Smith & her family have a long history of arts-based volunteer work in this community, much of which has helped contribute to the founding of HArts Academy. Her first volunteer work began when she was a student at NHS & she assisted her mother, Ana Infante (an elementary school teacher & arts advocate in LAUSD for 30 years), in producing the Lomita Elementary School Founders Day shows. In 1997, the Infante family began volunteering to produce theatre for NHS, which has continued every year to this day for HArts (list of shows by year below). When she was hired as a full-time teacher in 2003, she joined her sister, Mrs. Broadbent, as co-director for all of the performances.

Because of these efforts, the Los Angeles City Board of Education recognized the Infante family on February 26, 2010 at a board meeting with a proclamation that, “expresses sincere gratitude to The Infante Family for their outstanding service to the community of Los Angeles & the students of the Los Angeles Unified School District.” This document is displayed in the auditorium. In May 2016, Local District South Superintendent Christopher Downing recognized the cast, crew, & production team of Best of Broadway: Legends with certificates stating, “Success is not a given; it takes consistent, focused preparation, practice, & dedication.” The Jerry Herman Awards for High School Musical Theatre at the Pantages has nominated HArts productions for several awards: Best Costume Design & Best Supporting Actress (Pippin 2014), Best Ensemble (Little Shop of Horrors 2014), Best Choreography or Musical Staging (Shout: the Mod Musical 2015). Under Ms. Infante-Smith’s direction, HArts student, Joshua Velez, won Best Actor at these awards in 2014 & 2015 that included a free trip to New York to compete at The Jimmy’s National High School Musical Theatre Awards & receive training from Broadway professionals.

The arts are for everyone. You should not have to live in an affluent area to experience the benefits of arts education. The skills students learn through performance not only enrich their lives, but are also extremely useful: confidence, problem solving, leadership, motivation, critical thinking, creativity, teamwork, self-esteem, dedication, perseverance, & professionalism.

We seek to use the students’ natural creativity to motivate them to be successful academically. When students have a voice & feel like part of a positive group, they can learn how to overcome the many obstacles they face. So many kids look forward to coming to school because of their arts classes. Once we get them engaged in a positive environment & mindset, they experience rigorous academic lessons & college-preparatory curriculum every day.

While working to master common core state standards, their exposure to a variety of arts classes (including intermediate & advanced levels) allows students to explore who they are, not just what they know. Finding a sense of identity & confidence sends students into the future as more well-rounded & confident people who are more likely to be successful.

Almost 20 years & 50 shows since my family started volunteering in this community, I believe more strongly than ever in the power of the arts to motivate students academically, heal them emotionally, & build a stronger, more positive future.

BOB ‘10: From Books to Broadway

But Why Bump Off Barnaby?

Singing in the Rain

A Flea In Her Ear

The Man Who Came to Dinner

A Funny Thing Happened On the Way to the Forum 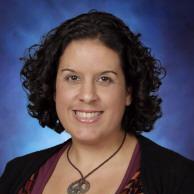