Eric Almanza teaches Fine Arts in the Visual Arts Department at HArts Academy of Los Angeles. Mr. Almanza was born in Los Angeles in 1979. He received a Bachelor’s of Arts in Art Practice from the University of California, Berkeley in 2001 and a Secondary Teaching Credential from California State Dominguez Hills in 2004. Mr. Almanza taught Fine Arts at the high school level in LAUSD for 7 years before enrolling in a Master’s of Fine Art program at Laguna College of Art and Design. He received his MFA in Figurative Painting from LCAD in 2013 and maintains an artist’s studio in Long Beach. His artwork articulates a synthesis between his environment and his culture. Crafted through the lens of a Chicano, Mr. Almanza’s artwork seeks to depict the plight of the disenfranchised with current themes being immigration reform and social justice.

In 2009, Eric Almanza received the “Outstanding Educator in Visual Arts” award from the Wilmington Coordinating Council. He currently serves as UTLA Chapter Co-Chair at HArts Academy of Los Angeles as well as sitting on the Instructional Leadership Team at HArts. In March of 2017, Mr. Almanza was honored as a "Hero in Education" by LAUSD District 7 Boardmember Dr. Richard Vladovic. At his previous assignment, Mr. Almanza served as UTLA Vice Chair, Secretary of the Shared Decision Making Council as well as Lead Teacher for the School of the Arts at West Adams Preparatory High School. He was named “Teacher of the Month” at West Adams in both 2013 and 2014.

“I believe that to be a teacher is to be a facilitator for discovery and invention. When it comes to teaching art I think this principle is particularly true. Students must be given the freedom to be creative, to take risks and to fail. Upon failure, students must not be discouraged, but instead guided to new paths or innovations for success.

My experience has taught me that there is a structure and framework to learning the practice of art making. First and foremost is the ability to translate what visually is seen in the real world onto a two-dimensional surface. This skill is obtained by working from observation. The exploration of materials is also fundamental in the development of any young artist. As students become more familiar with materials I feel mastery is achieved by the encouragement of experimentation.

Although foundation skills must come first, students will not be served by technique alone. Personal voices and inner dialogues must be harnessed early and developed over a well-balanced curriculum. A good teacher will assist in nurturing the development of personal expression, while at the same time challenging students to allow their discourse to evolve. I believe that every student has the capacity to succeed in the fine arts with the proper instruction and dedication to craft.” 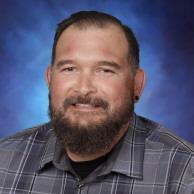